Instant games are a feature of Android that appeal because they can be played almost immediately, without having to download and install huge apps. Google instant games work on any phone.

It is not only Google that provides instant games and if you have a recent Samsung phone, you will also be able to play more instant games from Samsung. You have twice as many to choose from!

What is an instant game?

An instant play game is so called because it can be instantly played, without having to wait to download it, wait to install it, or wait for it to load. Even if you already have games installed on your Android phone, it can be quicker to start an instant game than some normal games.

It is not true that instant games do not download, install or use storage, because they do. They are instant only in that they start quickly.

Google has a long list of rules for instant games and one states that they must be 15 MB or less. On a good Wi-Fi or mobile connection, 15 MB can be downloaded in a couple of seconds, so the game appears to start almost instantly.

The small size of instant games makes them useful for phones that are running short of storage space and you could fit 15 or 20 in the space occupied by one normal game.

Another rule for instant play games is that they must be full games and not trial versions. They are complete games. Notifications are not allowed, so you won’t be pestered by messages telling you to water your farm crops, that you are under attack, and so on.

Instant games have limited permissions compared to normal games. They are free, but can be monetized, such as offering a more comprehensive version of the game. However, this must be done in non-disruptive ways, so you will not be constantly nagged to buy a full version. In fact, ads are banned for the first three minutes of use. That makes a change from some games which seem to want money off you from the startup screen.

Faster starting, smaller size, fewer or maybe even no ads. What is the downside? Well, there is a limit to what a game can do in 15 MB, so don’t expect too much in the way of game depth. These are more like fun apps you can play while waiting at the bus stop, queuing at shops and cafes, and for playing during a work break or over a coffee.

The images don’t look very good and to be honest, they are a bit off-putting compared to the games you see in the Google Play Store app. However, there are some very entertaining instant games, so swipe up, swipe across and browse these mini apps.

Tap a game and there are buttons to See details or Instant play. You may need to read the instructions for some games, but often you can dive straight in and start playing. They aren’t usually that complicated.

Orbia for example, is a fun game in which you must catapult your character from one circle to another. Dark objects swirl around the circles, so you must time it just right to go through the gaps. It is simple, but entertaining whenever you have a few minutes to spare.

There are many more instant games in the Google Play App, so start exploring and playing.

Samsung duplicates some stock Android apps and it has its own store for example. It also has instant games. On recent Samsung phones, open the Game Launcher app and instant games are featured on the home screen. There is also an Instant games button near the top of the screen.

If you see a notification or an instant game featured on the home screen, tap it to play it. To browse the full instant game collection, tap Instant games.

As with Google Play Games instant games, these are lightweight and so they start almost immediately. Some are great fun, a few are not so much fun. It varies, so try a few, you will soon find the great ones.

They vary in content and quality, but there are always fun ones to be found, like this simple Gold Digger game. You control a guy with a shovel and can dig through dirt easily, stone less so, to find gold. There ae a few traps around to keep you on your toes. 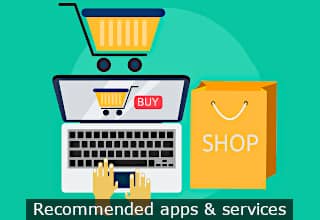